Member of Parliament for Carmarthen West and South Pembrokeshire

Simon was re-elected the Conservative Member of Parliament for Carmarthen West and South Pembrokeshire for the fourth time in December 2019 with a majority of just under 8,000.

He was the Secretary of State for Wales from 16 December 2019 until July 2022, having previously been the Parliamentary Secretary (Minister for Implementation) at the Cabinet Office.

Since first being elected to Parliament, Simon has been a member of a number of committees, including:

Simon has also been a member/Chair of several APPGs including Tourism in Wales, Learning outside the Classroom, Marine Energy & Tidal Lagoons, EU/US Trade, and others.

He was also formerly the Prime Minister’s Trade Envoy to Panama, Costa Rica and the Dominican Republic.

Prior to being elected, Simon was Chief Executive of the Countryside Alliance, Europe's largest rural affairs lobby group, for seven years. He took over as its Chairman in September 2015. His long-standing interest in learning outside the classroom has been reflected in his chairmanship of a charitable group that works with Government on this subject and his appointment as an educational consultant to the Countryside Alliance.

He previously worked as a chartered surveyor in Carmarthen and Haverfordwest and served with the Territorial Army for seven years.

He is 57 and lives near Narberth with his wife and two children. 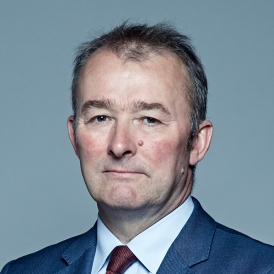