Member of Parliament for Wrexham

Since being elected, Sarah’s been appointed as the Parliamentary Private Secretary to the Wales Office and has been working closely with the Secretary of State for Wales to ensure that Wrexham’s interests are represented in Westminster.

As an Army veteran and member of the Defence Select Committee, Sarah has frequently spoken up for the rights of military personnel and has called for the end of vexatious claims against veterans. In addition, Sarah has recently been appointed as Vice-Chair to the All-Party Parliamentary Group for Veterans.

Prior to her involvement with politics, Sarah trained and served as a nurse at Wrexham Maelor Hospital, before progressing to become a district nurse. Understanding that health and social wellbeing were inextricably linked, Sarah later trained as a social worker specialising in older people and mental health.

Her enthusiasm for helping people and bettering her community is what initially inspired Sarah to get involved with politics. In May 2017 Sarah was elected to her local Community Council and has been involved with various community initiatives. 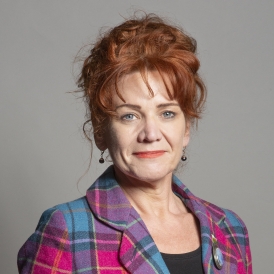