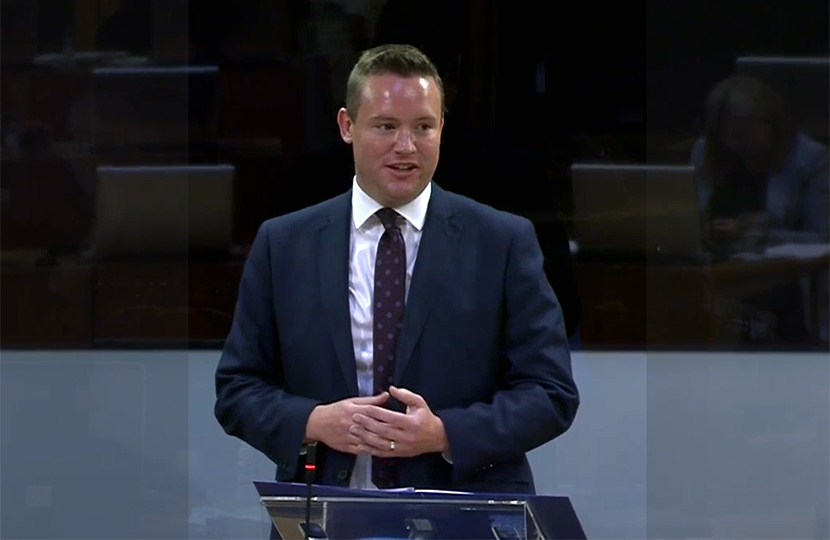 LOGAN'S DEATH HIGHLIGHTS THE NEED FOR REVIEW OF CHILD SERVICES

Logan Mwangi was an innocent child murdered by those who were supposed to care for him. This defenceless five-year old was tortured, killed, and dumped in a river.

What else happened to Logan – a “loving, sweet-natured child who was polite and articulate at all times,” according to his teachers – won’t be repeated here.

Since learning more and more about this case, my thoughts have been with his bereaved father, Ben. Sometimes it feels very close to home after I became a dad for the second time last month.

I mention Logan because it demonstrates the real-life consequences of dysfunctional, under-resourced, and unaccountable social service departments.

I had known for a while that Wales had the UK’s worst rate of looked-after children: 7,263 at the last count, 113 more than the previous year, making it one of the highest proportions of children looked after by the state in the world.

But I was shocked to discover during the trial that, despite this fact and this case, Wales was the only British nation not conducting a nationwide review of child services.

It is why since Logan’s killers were convicted in May I have been calling for a review and, given all this and the imperative generated from the trial, why I have been dismayed at the First Minister’s reluctance to have that review. Why wouldn’t you want to give peace of mind to all those that want children to grow up safely and healthily?

Maybe it would expose the reasons behind some figures the Welsh Conservatives recently unearthed that showed the number of agency social workers employed by councils, and their cost, have been increasing in recent years.

Already since April this year, £1.8m has been spent on 143 such staff but the cost is likely to far exceed this over the course of a whole year, especially when Monmouthshire did not provide costs and Bridgend, Ceredigion, Conwy, and Wrexham all failed to respond to the request.

Somehow, Cardiff spent a million pounds more than Powys, despite the latter employing the most agency social workers – 105 compared to 103 in the capital.

But why is all this important?

Because the reliance of local authorities on agency social workers has a serious impact on the effectiveness of those department. Permanent staff are more invested and more able to see cases through, building relationships with families, and examining a situation over time.

Concerns were raised when the council that admitted it failed to prevent the murder of toddler Star Hobson was found to have a serious staff retention problem in its children's services. Bradford Council spent £12.3m on agency staff in the last year – representing a doubling of its spend since the 16-month-old girl died in September 2020. It also has the highest spend in the country.

We’ve known about understaffing in Wales’ social services departments for a long while now, well before the current labour shortages we are seeing nationwide, which is what makes councils’ reliance on agency workers so concerning.

We’ve seen tragic cases like Logan’s and Star’s that only go to show that we need a strong presence from social services. This cannot happen when councils are so dependent on agency staff.

That’s why it is startling to see hundreds are employed every year at substantial cost to the taxpayer, costs that would be lower if government resources – both local and devolved – focussed on paying permanent staff better than shelling out for agency premiums.

I think our findings only serve to support our calls for a Wales-wide review of social services. I have and will continue to urge Mark Drakeford to change his mind before it is too late for the next Logan.