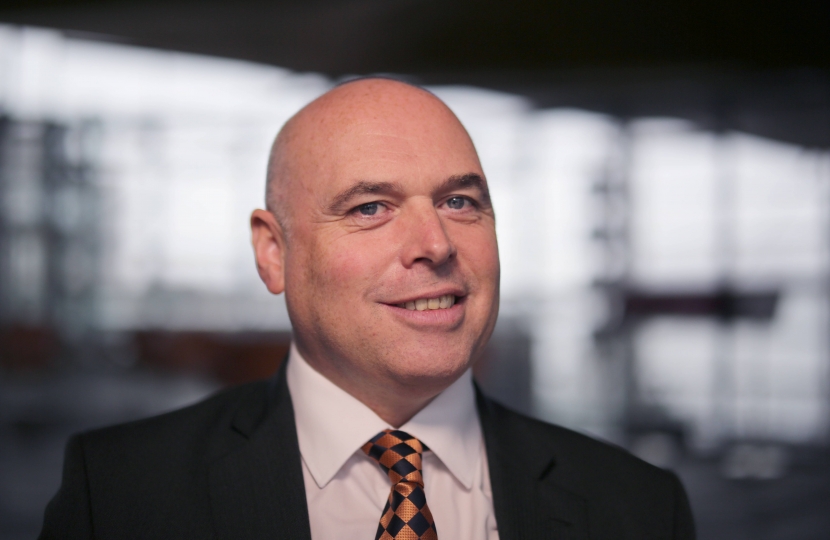 The Leader of the Opposition in the Welsh Parliament – Paul Davies MS – has rounded on the First Minister over a ban on people entering Wales from England  and the Labour Party’s inability or unwillingness to publish data proving that transmission rates are accelerating due to travel.

Mr Davies took the First Minister to task during Plenary today (October 14), and referred to a statement made by the leader of the Labour Party on September 23 when he said that the Welsh Government was not seeing any spikes at all in infection due to travel and tourism.

Mr Davies said that the people of Wales deserve to have sight of the data that underpins the Labour-led Government’s position on this matter, so that they can be confident that the Government’s actions are proportionate to the threat of the virus in their area.

Mr Davies also referred to a paper that accompanied the First Minister’s letter to the Prime Minister yesterday, a paper – that was not peer-reviewed – that confirms the data “…does not constitute definitive proof” in favour of a travel ban.

The First Minister and his Government have acted rashly and without examining a range of other factors before a conclusion on whether to impose a travel ban or not is reached, while at the same time seemingly ignoring the fact that transmission rates in relation to travel have already peaked in August and September.

“It is incumbent on the First Minister to explain just why he has chosen to act in this way, and what supporting evidence he and his Ministers have seen to justify a ban and then publish it so it can be properly scrutinised.

“If he cannot or will not, then he must review and rescind this ban immediately.”