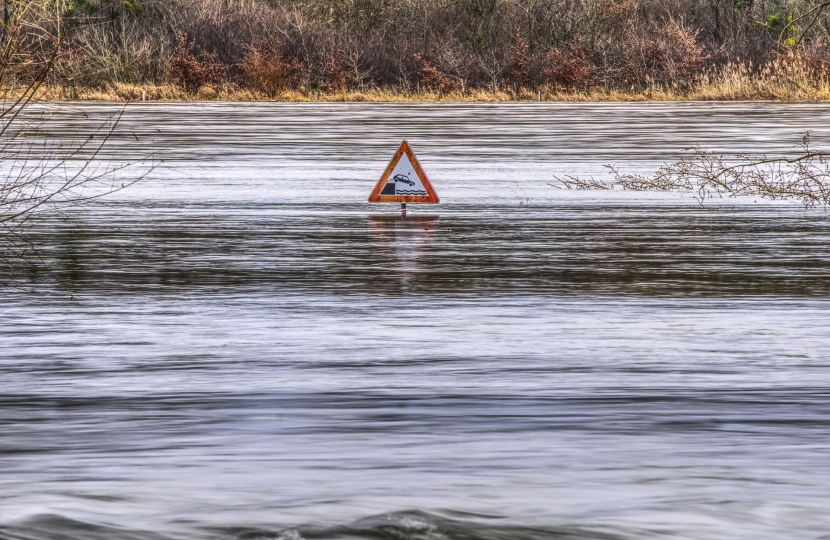 Towns and villages in parts of Wales are still in the process of recovering from the two most recent seasonal storms – Ciara and Dennis – which hit over the past two successive weekends, causing misery to hundreds of families in Wales, and many more in other parts of the UK.

First expressing his gratitude to the emergency services, Paul Davies AM/AC – Leader of the Opposition in the Welsh Parliament – then questioned the First Minister over his administration’s approach to flood prevention and alleviation strategies.

He asked if the First Minister was confident that the Welsh Labour Government was doing all it could to protect communities, before referring to concerns raised by Mari Arthur, Chair of Welsh Water's independent advisory panel.

She had said: “We're missing that leadership, I feel, at the top to bring that together. That's why things aren't happening."

Mr Davies said that it has been 10 years since the since the publication of the last flood risk management strategy, adding:

“We are yet to see an updated strategy, which surely will help in making sure that responses are better coordinated in the future.”

He then called on the First Minister to accept that the delay in publishing a flood risk management strategy has made some communities feel that flooding is simply not a priority, adding:

“it’s time that more effective leadership is shown on this matter.”

“Perhaps we need to rethink how we address flooding in the future, especially given the warning signs received at the start of the Assembly, because people I spoke with believe that more could have been done sooner to mitigate the impact of flooding on their communities.”

“Let’s be clear about this, we all accept that the Welsh Government can’t control the weather – and nor can it prevent all flooding – but it is responsible for developing an holistic plan with all stakeholders and concerned parties.

“What these people, some of whom were hit twice within a week, need is reassurance that the Welsh Government will do all it can to prevent – and then mitigate the effects of – flooding, because storms, rain, and floods will, of course, come again.

“Key to this is updating the flood risk management strategy, and making it fit for the 2020s and onwards. We have been waiting for it for two years now, and to hear that the First Minister believes it will be ready in ‘a couple of months’ is too late, and must come as a bitter blow to those residents still trying to repair their homes after these devastating floods.”