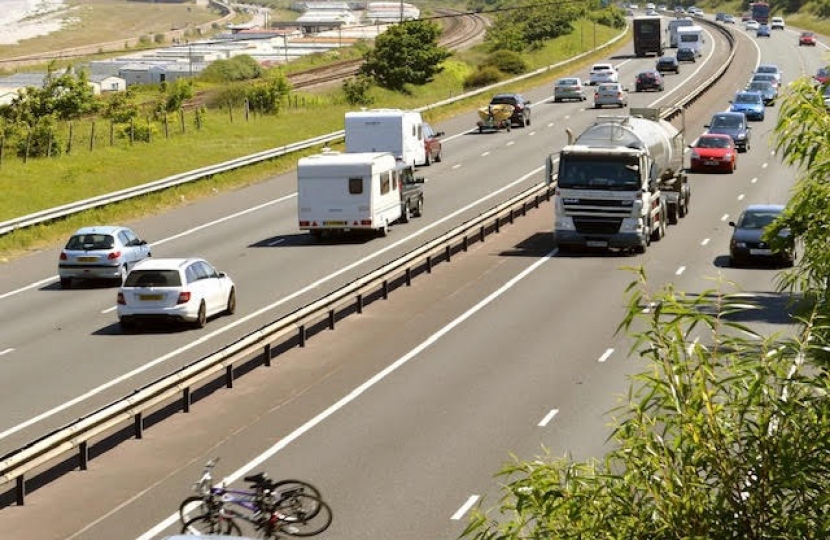 Welsh Conservatives will today unveil its new deal for North Wales as part of its dynamic agenda to level up Wales.

Successive Labour administrations have taken the people and communities of North Wales for granted, with a growing disconnect between the region and the Senedd.

The region's public services have been mismanaged, major infrastructure investment non-existent, and well-paid jobs few and far between.

Welsh Conservatives want to change that as part of our agenda to level up Wales and ensure the economy bounces back after the pandemic.

We will ensure investment for North Wales is prioritised by moving the Welsh Treasury and establishing the new WDA in the region creating 200 new jobs.

And Welsh Conservatives will work with colleagues in the UK Government to secure significant investment from the new Levelling Up and Shared Prosperity Fund.

“North Wales has been forgotten for too long by successive Labour governments in Cardiff Bay, with little investment and poorly run public services such as Betsi Cadwaladr University Health Board, which languished in special measures for nearly six years, longer than any health board in the UK.

“But the Welsh Conservatives have a plan dedicated to levelling-up Wales and improving the lives of families across the region after 22 years of Labour in Cardiff Bay.

“From injecting much-needed investment in our infrastructure such as the A55 and metro system, to the delivery of modern community hospitals in Flint and Rhyl, we will make North Wales a priority once again.

"We will ensure our communities are at the heart of government decision-making by moving the Welsh Treasury to the region, and establishing the HQ of a reformed Welsh Development Agency in the North, creating 200 new jobs.

“And instead of wasting hundreds of millions of pounds on Labour pet-projects such as Cardiff Airport, the Welsh Conservatives will put North Wales first and deliver more jobs, better hospitals and first class infrastructure.”

“For many people in North Wales, Cardiff Bay can be as distant as Westminster or as Brussels ever was, and appears out of touch with reality.

“Labour’s wasteful and incompetent management of the budget and key public services has emphasised perceptions of a Cardiff Bay administration operating in a bubble, unaware of the challenges facing hardworking people.

“Welsh Conservatives will change that and work with colleagues in the UK Government to deliver on schemes such as a Holyhead freeport, A55 upgrades and a North Wales Metro system to improve connectivity across the region.

“After 22 years of Labour running the show in Cardiff Bay, it’s time to turn the page on a difficult chapter and ensure the people and communities in North Wales are listened to and delivered for.”