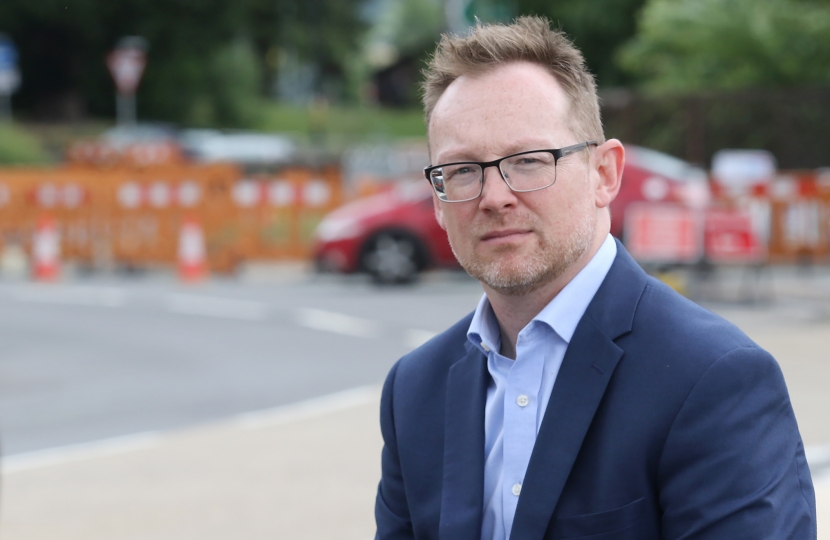 The NHS crisis that recently led to Wales’ worst A&E waiting times, longest treatment backlog, and slowest ambulance response times on record will only end when the Labour Government in Cardiff Bay improve access to GPs and reduce the barriers doctors face when doing their work.

Senedd Conservatives argue that the enormous strain on the Welsh NHS can be eased by reducing demand on its services by having more people seen by their local GPs and minor injury units. This would mean fewer cases could be seen outside overwhelmed emergency departments.

They have long called on Labour ministers to bring in rapid diagnostic centres to spot cancers earlier and regional surgical hubs to deliver treatment to patients closer to home in Covid-light environments outside of hospitals, something that is soon to benefit English patients.

Now, Shadow Health Minister Russell George MS has expanded his proposals to address an NHS in crisis by focusing on primary healthcare, which means more face-to-face appointments with GPs, setting out measures to protect surgery staff from abuse, and cutting down bureaucracy for doctors.

Unlike in England, the Welsh health authorities do not collect centralised information that allows the public to see what proportion of GP appointments are held in-person, online, or by telephone.

The Welsh Conservative have released their GP Access Plan, calling for:

The situation in accessing GPs has not been helped by under-recruitment over many years: compared to 2011, the number of GPs have slightly decreased despite population increases. As of 30 June 2021, there were 12 fewer active GP surgeries in Wales compared to the start of the pandemic.

The Welsh Conservatives argue that lockdowns resulted in pent-up demand being unleashed once people felt safe to attend healthcare settings following their vaccination. However, this had meant many conditions had exacerbated over several months as they could not see their GP.

Although backlogs in Wales existed before the pandemic – the waiting list doubled in the year before the first lockdown – it has skyrocketed over recent months to the point where a fifth of the population is now awaiting treatment, with 1-in-4 of them having to wait over a year.

Analysis from Breast Cancer Now shows the pandemic caused nearly 60,000 missed screenings, meaning almost 620 women in Wales were living with undiagnosed breast cancer at the end of May.

Commenting, Mr George, who is also the MS for Montgomeryshire, said:

“GPs do skilled work over long hours in difficult, often lonely, settings and deserve to be praised, not demonised. However, we cannot also ignore the fact that the surgery set-up sometimes simply does not work for the patients they are paid to serve.

“We have seen the NHS in Wales collapse under the negligence and mismanagement of the Labour Government in Cardiff Bay, and it’s down to ministers to address issues in primary care sites like GP surgeries that can deal with people in the more patient-centred way.

“We are making solid proposals to reform GP surgeries, diagnose cancer, and reduce the backlog. These, as well as a campaign to encourage use of minor injury units rather than A&E, will be of huge benefit to an NHS that currently harbours low morale and poor management.

“The Conservative Government has just announced the highest-ever financial settlement for the devolved administrations in the recent Budget so there is no excuse for Labour ministers in Cardiff Bay – the money is there.

“Our Welsh Conservative proposals will make healthcare easier and faster for patients, GPs, and hospitals. They bring efficiency, modernisation, and improvements to the NHS so poorly treated by Labour. They mean building back better from the pandemic and levelling up services for Wales.”