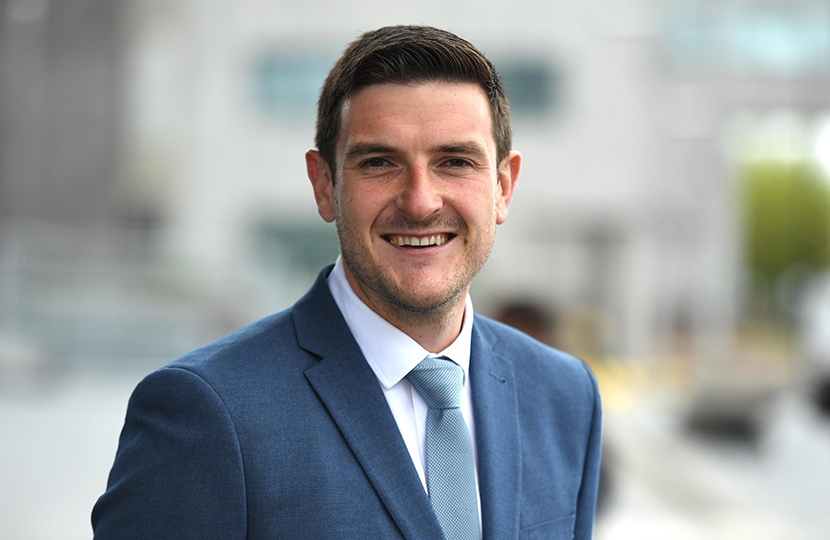 The Welsh Conservatives are reiterating their calls for the establishment of 24/7 crisis centres in Wales as the nation marks Mental Health Awareness Week.

In the Senedd today, Shadow Mental Health Minister James Evans MSs highlighted that 60% of children on specialists CAMHS (Child and Adolescent Mental Health Services) pathways are waiting over the four-week target time for their first appointment.

Welsh Conservative MS has said the Labour Government should investigate starting a pilot scheme for specialist staff to support families seven days a week for up to two years, similar to what other countries have in place as a means to alleviate pressure on existing CAHMS services.

This is in addition to creating 24/7 crisis centres for people who are having a mental health emergency and introducing a new Mental Health Act to help people of all ages.

Deputy Minister for Mental Health, Labour’s Lynne Neagle, responded to the issue of long waiting times, saying the pandemic had clearly affected waiting times and the Government is working hard to improve them, and that a nationwide review of CAHMS is underway.

Mr Evans also asked the Deputy Minister about her support for an aim in the Conservative Government’s Online Safety Bill to tackle body dysmorphia caused by highly edited images. She said the Bill was an “important vehicle” to tackling such issues.

He also met with Dr Luke Hall MP in recent weeks to discuss means to ban companies from being allowed to photoshop images to such a degree as a means to deter body dysmorphia developing in future generations.

The theme of this year’s Mental Health Awareness Week is loneliness. An ONS conducted a survey during in April 2020 which found:

“On this year’s Mental Health Awareness Week, I’m proud to make calls for crisis centres, highlight long waiting times for children to see a specialist, and demonstrate the Welsh Conservative commitment to addressing the issues in this realm.

“But we shouldn’t just be aware of mental ill-health, but seek to actively address it. Too often, ministers in Wales are observers rather than actors who have the power to make decisions and achieve results.

“Through our proposals, we can make a huge difference in the lives of thousands who have to wrestle with emotional turmoil caused by blights on our society like body dysmorphia, online bullying, and – the theme of this year’s week – loneliness.

“As ever, when it comes to mental health issues, I am so happy that all parties agree on the importance of tackling them, and I stand ready to help the government however I can.”