Tribute paid to ‘The Few’ on Battle of Britain Day 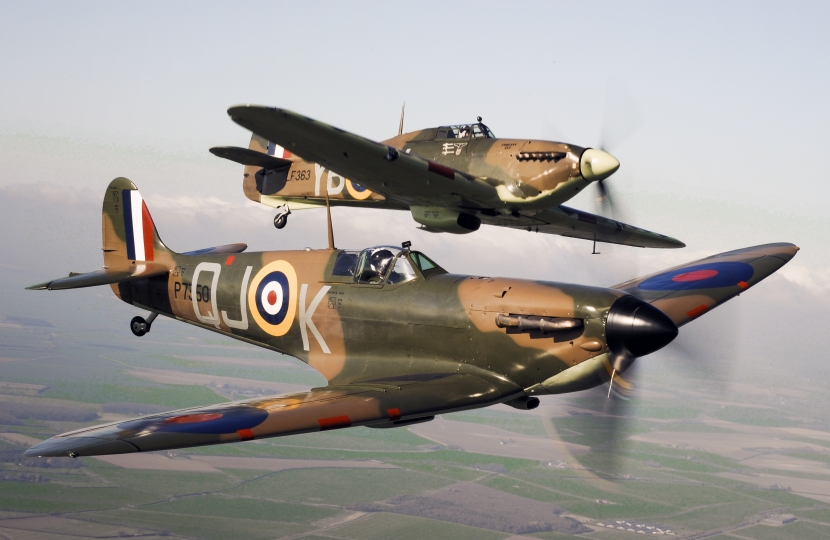 Paul Davies MS – the Leader of the Opposition in the Welsh Parliament – has led his party’s tributes to “The Few” and all of RAF Fighter Command and the Fleet Air Arm on Battle of Britain Day 80.

“There is a line in the film The Longest Day where an RAF fighter pilot – played by Richard Burton – turns to one of his colleagues and says: ‘I don't mind being one of The Few; trouble is we keep getting fewer’.

“And that is the sad reality. Today, it’s thought that there is just one fighter pilot of The Few left alive. His actions, combined with those of his band of brothers, in the dark days of the summer of 1940 gave hope after the retreat from Dunkirk a few months earlier.

“But The Few were supported by The Many. Not including the leadership and vision of Air Chief Marshal Hugh Dowding and ‘The Defender of London’ ACM Sir Keith Park, there were countless ground crew, wireless operators, fitters, drivers, engineers, armourers, gunners, medics, nurses, spotters, plotters, and others involved in the fight, and our thanks must go to them, too.

“It’s perhaps an understandable mistake to think of The Few as an all-British affair; nothing could be further from the truth.

All nations of the United Kingdom – including 67 from all corners of Wales – contributed men to the air battle, and again, far greater numbers of men and women in support roles on the ground.

“However, there were also many pilots from Poland, Czechoslovakia, Ireland, the Free French Forces, and the ‘Eagle Squadrons’ made up of US airmen.

“Their role in the victory that was to come five years later must never be forgotten.”

IMAGE: Spitfire P7350 (front) flies alongside Hurricane LF363 (back). P7350 (Mk IIa) is the oldest airworthy Spitfire in the world and the only Spitfire still flying to have actually fought in the Battle of Britain. LF363 (Mk IIC) was the last Hurricane to enter service with the RAF.