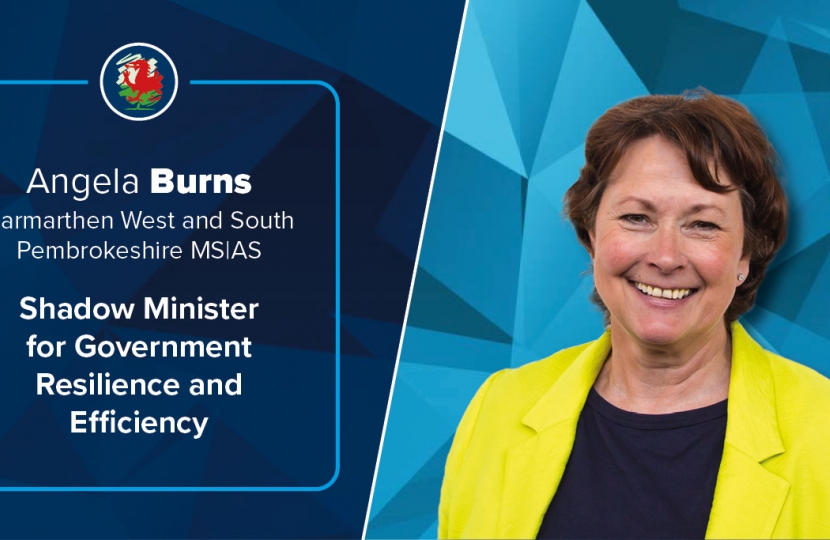 The Leader of the Opposition in the Welsh Parliament, Paul Davies MS, will today be reshuffling his Welsh Conservative front bench following the return to the Parliament of Laura Anne Jones following the untimely death of Mohammad Asghar.

Explaining the new position, Leader of the Opposition in the Welsh Parliament Paul Davies MS said:

“The experiences of Covid-19 have reshaped the way many of us think about how government and public services should work. In making necessary changes to my Shadow Cabinet team, I have decided to be more radical in the approach we take. The delivery of reliable and responsive public services by front line professionals over the past four months has been remarkable, and I want to hard-wire creativity and reform into the way in which Wales is governed.

“Angela Burns has previously shadowed health, education and finance amongst other portfolios, which, along with her significant business experience, make her uniquely placed to take on this key role. I have asked her to think radically and creatively about the ways in which government in Wales can reduce duplication, avoid silo working and minimise waste, and I am delighted a politician of her experience and stature has agreed to take on this key position.

“I have ten months left as a Member of the Welsh Parliament and I want to use that time to put into practice what I have learnt in over ten years as a member. Time and time again, regardless of the portfolio I have held, I have come up against the same issues – a lack of accountability, sluggish pace, patchy delivery, duplication and waste.

“Shadowing Health during Covid-19 has demonstrated to me that radical solutions can be found and public service delivery can be better when there is impetus and drive for change. I want to harness the best ideas to make sure we have a more resilient, efficient and dynamic public sector in Wales.”

The Office of Government Resilience and Efficiency will initially sit within the Shadow Cabinet. Angela will explore how the office will be constituted and how it will interact with a future Welsh Conservative Government.

Paul Davies will announce further changes to the Shadow Cabinet throughout the morning.