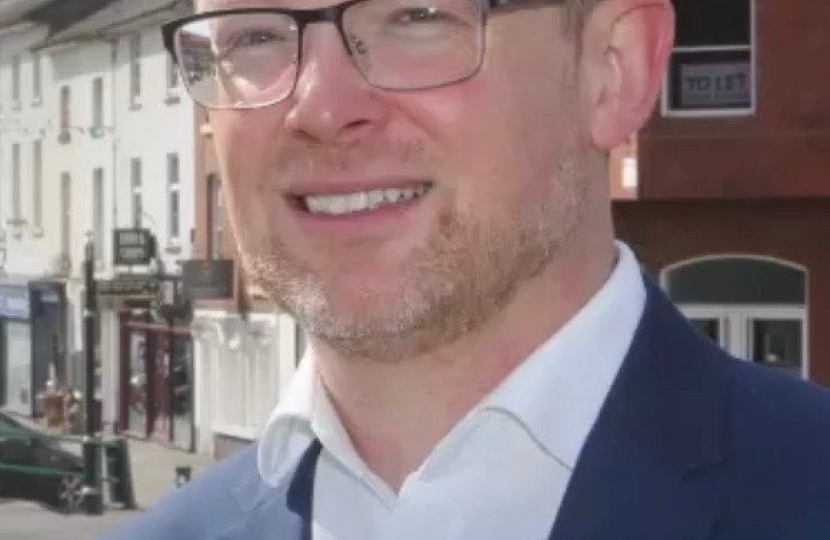 Writing on the Gwydir blog site today, the Welsh Conservative Shadow Minister for Economy, Transport and Infrastructure, Russell George MS, has outlined how he wants to see a revolution in devolution which will create more jobs, less poverty and better lives for all.

“Now more than ever, we need ambition and aspiration at the heart of governance in Wales – a revolution in devolution” and goes on to highlight the lack of ambition from the current Welsh Labour-led Government saying, “Where is the plan for unleashing the potential of North Wales with integrated bus, train, cycle and walking routes, supported by the delivery of Wales’ second motorway - the M55! That ambition is just not there anymore from this current Government.”

Referring back to an article from his colleague Angela Burns MS, the Welsh Conservative Shadow Minister for Government Resilience and Efficiency, Russell goes on to say how the creation of the Office of Government Resilience and Efficiency is “fundamental” especially when it comes to infrastructure projects which are “notorious for running over budget whilst taking longer and longer to complete.”

Russell continues that he wants to see infrastructure projects “do more than just deliver what they say on the tin” writing that:

“I want to see Wales’ coastline fully utilised for tidal energy however, I also want to see those projects deliver flood protection for our coastal areas. By working together, my colleague Janet Finch-Saunders MS and I can deliver more.”

Finally, Russell makes it clear that the economy, transport and infrastructure isn’t just about being “able to green light £1 billion projects” but that when done correctly, there is the ability to “substantially change someone’s life for the better.”

The Shadow Minister concludes by saying:

“But we must always remember that we’re here to deliver for the people of Wales; that no matter how up to our necks in alligators we get, we must remember our initial objective - more jobs, less poverty, better lives for all.”