Paul Davies MS: We need to trust the people of Wales 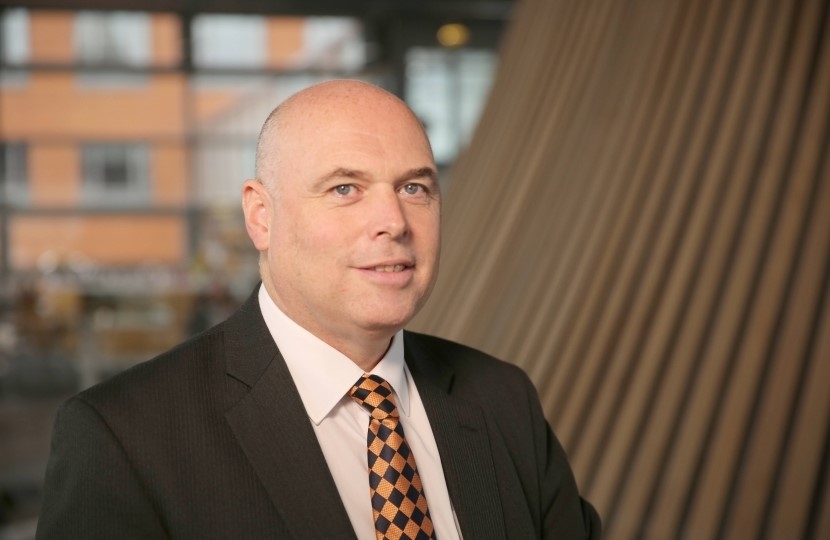 Do you, like me, agree with the following advice?

“In considering whether there is a need to travel outside your local area, you should remember that there is a personal responsibility on all of us to recognise the risks that the virus presents to ourselves, our families and friends and our wider communities. People will need to make judgements for themselves as to what is reasonable, in line with that overarching principle. Keep in mind that the purpose of the continuing restrictions is to prevent the transmission of the virus, including to those we care about.”

It is very solid guidance indeed and it comes from the Labour Welsh Government. As the leader of the Conservatives in our country, I offer this sentiment our full support.

It’s just a real shame that the Welsh Government doesn’t really trust the people of Wales to follow their own advice.

After more than 8 weeks, there will finally be some changes to the guidance in Wales on how we start to get our lives back to normal, three weeks after this process started in England.

The problem is these changes do not address the concerns and needs of very many people in Wales who have, for very good reasons, locked themselves away for over two months.

Now would have been the time to start setting people free again, by allowing them to use their intelligence to “make judgements for themselves as to what is reasonable” – remember those words? The Welsh Government may have said them but it doesn’t really believe them.

Labour’s hard-wired desire for control means that relaxing the lockdown in Wales is a missed opportunity for families, friends and businesses in Wales.

You will only be able to visit friends and families if they live up to five miles away from you. If they don’t, you can’t see them anymore.

Many will see grandparents and grandchildren reunited in the garden next door while they are left lonely and isolated.

This announcement is also unjustifiable because it discriminates against living in the countryside. It is an urban solution by a Labour Welsh Government that only cares about city and town life.

A five-mile travel ban for meeting friends and family will let people travel from one side of Cardiff to the other, but in rural Wales won’t let many people travel to their nearest town or village. There’s more to Wales than the cities of South Wales.

We would support the Welsh Government’s policy, if it met the needs of the people of Wales. However, the five mile limit – no matter how Labour fudges it by saying it’s just a rule of thumb – is a cruel rule that lacks compassion and is confusing, and it doesn’t acknowledge the straightforward common sense of Wales’ residents.

Welsh Labour just doesn’t trust you to make your own decisions.

And do you know what? In making this rule so cruel, it means people in Wales are less free than not just people in England but we also are more restricted than people in Scotland and Northern Ireland too. We’re being locked up while everyone else in every other part of the United Kingdom is being set free.

And even worse, Welsh Labour seems ready to trust some people more than most of us. For example, if you’re a cyclist you will be permitted from tomorrow to take a forty mile bike ride.

Don’t get me wrong: letting cyclists go for a long ride is the right thing to do. But allowing this while not freeing up other non-dangerous activities looks incredibly bizarre.

You can now go bicycling huge distances but Wales is now the only country in Western Europe where you are not permitted to play tennis, a sport involving two people which by reason involves people keeping two metres apart.

Making the policy change for cyclists alone is really hurtful. You can now cycle for forty miles when you can’t visit family and friends if they live more than five miles away.

In England the government wants people to be free but to exercise their common sense, in Wales, Labour just can’t cope with giving people their freedom, and instead puts in absurd restrictions which have no basis in science.

The Welsh Conservatives message is clear: the Welsh Labour Government needs to scrap the five mile cruel rule and start thinking about the needs of everyone and not just the chosen few.

And even if you’re lucky enough to live within five miles of your family and friends, the Welsh Labour leader Mark Drakeford has a message for you too.

He said that "Running to people's houses” and  “having a beer and it all breaking down - that's definitely not what we are proposing in Wales."

So there we have it. Even if you are able to get together with people you haven’t seen in months, Labour doesn’t want you to make your own choice to have a drink with them.

Are these people who run our country actually serious?

In no way do I think everything should just overnight simply adopt the “new normal” everyone keeps talking about.

Decisions have to be made carefully and based on science.

But they also need to be reasonable and enabling for us to make our own decisions too.

We have all been through a difficult and challenging time. We understand that we need to behave sensibly to make sure the virus doesn’t start to climb again.

The big difference between the Welsh Conservatives and Labour right now, is we trust you to make those decisions for yourselves. We know you wouldn’t intentionally harm your friends and relatives.