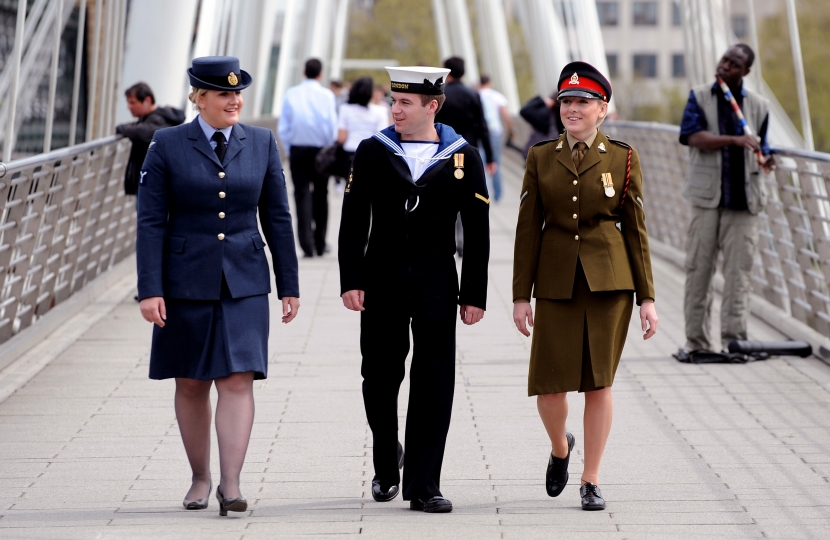 Paul Davies MS, the Leader of the Opposition, has led the Welsh Conservative tributes to service personnel past and present on Armed Forces Day 2020.

He also took the opportunity to renew Welsh Conservative calls for an Armed Forces Commissioner in Wales.

“Because of the Covid pandemic, Armed Forces Day 2020 cannot be marked as in past years, but we can still demonstrate our appreciation for our Royal Navy, Army, and Royal Air Force.

“The men and women of Her Majesty’s Armed Forces – Regulars and Reserves – protect us, our country, our democracy, and our interests around the world, sometimes making the ultimate sacrifice, and so it is right that we recognise them.”

He added that everyone in Wales will have a connection to the Armed Forces, be it a relative from years ago, a recent veteran, or someone serving, or a cadet.

“And I renew the Welsh Conservatives’ call for an Armed Forces Commissioner for Wales, tasked with providing greater support and improving services in Wales for veterans and those still serving.

He added that the UK Government has shown its continuing commitment to the Services and veterans with the welcome announcement on Thursday of new funding of some £6 million for service charities across the UK, including here in Wales.

“And so, in our own personal way, we can show our commitment and gratitude this Armed Forces Day with a short message on social media using the hashtag #SaluteOurForces.”

Watch the video clip by Paul Davies MS by clicking below.

“After various briefings to the media, this announcement comes as no surprise.