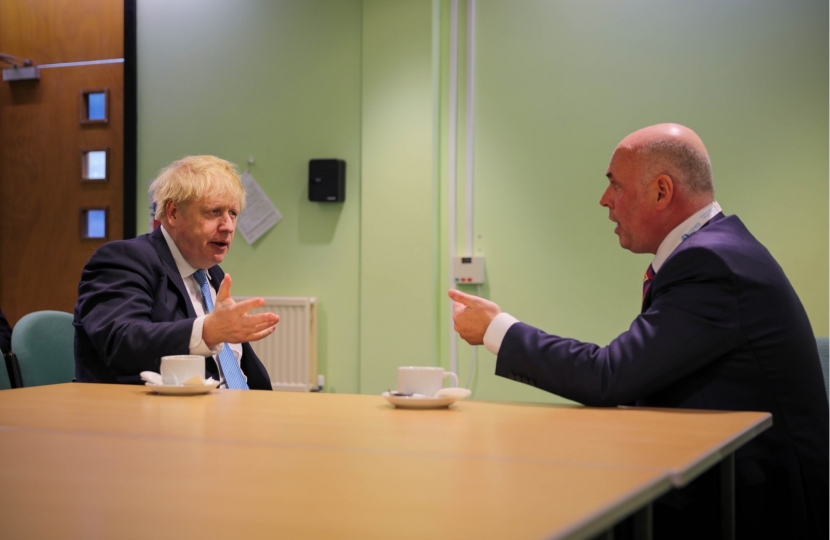 The Leader of the Opposition in the Welsh Parliament – Paul Davies AM – has welcomed the return of Prime Minister Boris Johnson to 10 Downing Street.

Mr Davies made his comments as the PM made a broadcast outside Downing Street this morning.

In his broadcast, PM Johnson praised all those playing their part in the struggle against Covid-19 (Coronavirus), and exhorted all people in all nations of the United Kingdom to “… keep going, and to protect our NHS to save lives”, and to “…  show the same spirit of unity and determination as we have shown in the past six weeks”.

“First, I am delighted to see the Prime Minister back at the helm at No. 10. During his recuperation, the First Secretary Dominic Raab has proved what a capable leader he is, and now we need the country to again rally behind the PM.

“I want to add my words to those of the Prime Minister, who said that by being united, we will come through this pandemic faster, and we will emerge from it stronger than ever before.

“Wales, though smaller in population than England and Scotland, punches above her weight in terms of determination and old-fashioned grit.

“While we mourn those who have died, each one of our nurses, doctors, care workers, delivery drivers, farmers, supermarket staff, and everyone else, is determined to play their part in building a better Wales, and a stronger United Kingdom with England, Scotland, and Northern Ireland.”