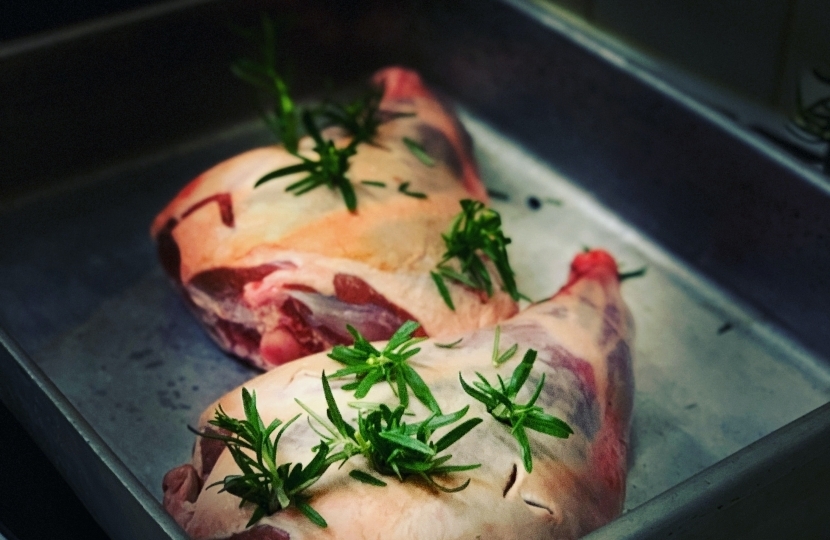 The Welsh Conservatives’ Shadow Minister for Climate Change, Energy and Rural Affairs – Janet Finch-Saunders MS - has welcomed the news that the number of geographical indicators for Welsh products will increase under the new UK-Japan trade deal.

Welsh lamb, Conwy mussels and Anglesey sea salt are among 15 iconic Welsh products that could be protected in Japan for first time as part of the UK-Japan trade deal. The UK-Japan Comprehensive Economic Partnership Agreement was agreed in principle by International Trade Secretary Liz Truss and Japan Foreign Minister on a video call on Friday 11 September 2020.  It is the UK’s first major trade deal outside the EU.

“This landmark deal is a huge step forward for UK-Japan relations and secures additional benefits for Wales beyond the current EU-Japan trade deal, including increasing the number of geographical indicators as a way to officially recognise iconic Welsh products such as lamb and regional wines.

“The new deal will not only strengthen the long-term prospect of the 277 businesses in Wales that exported to Japan last year, but it will also open a new market to the next generation of Welsh food and drink producers.

“With the opportunity for a raft of new businesses to sell their goods to Japan for the first time, this deal will be a tremendous boost for our nation’s budding entrepreneurs. When residents of Osaka finally begin to tuck into their Conwy mussels, they definitely have a treat coming their way!

“The Welsh Government must now stand ready to ensure that our businesses can make the most from this deal. That means refining the Support to Export scheme, offered through Food and Drink Wales, so as to better explain and promote the opportunities available in this important Asian market.”