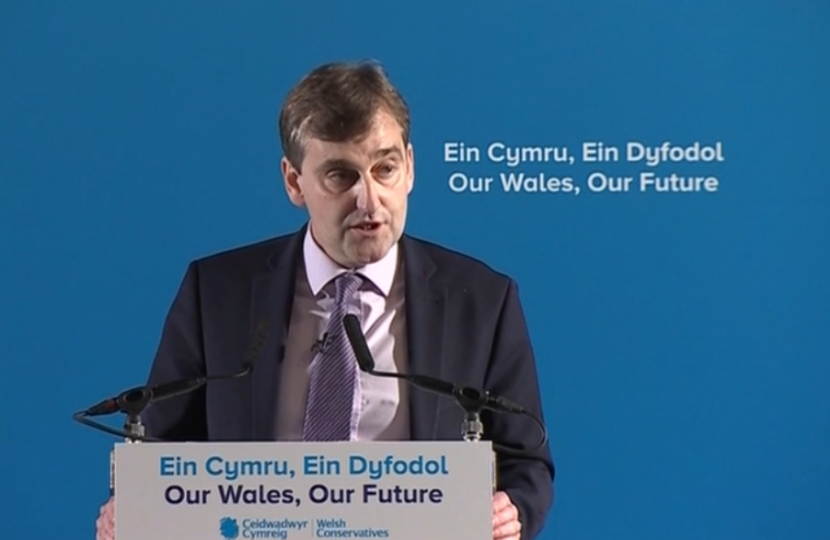 Conference, Harry S Truman, the 33rd President of the United States from 1945 to 1953, famously kept a plaque on his Oval Office desk. It said “The buck stops here.”

The sign was, so the story goes, a gift from a prison warden who was also an avid poker player and as we all know, poker is a game of strategy, skill and gambling - with yours and other people’s money.

So perhaps the First Minister of Wales should have the same plaque on their desk from now on for, as of the 6th April this year, income tax has finally been devolved to Wales with the Welsh Government receiving 10 pence of every pound earned by Welsh taxpayers at the basic, higher and additional rates. That’s around £2 billion, or one eighth of the block grant.

A massive decision by the UK Government. A courageous decision as Sir Humphrey Appleby would no doubt have described it! No longer is the Welsh Government merely a spending authority. It is now responsible for raising a big chunk of the money it spends too. Responsible for ensuring that the Welsh economy is competitive, growing and delivering tax receipts to fund public services this side of the border.

In other words, if the Welsh Labour Government gets it wrong then there is no safety net. There’s no bail out by London. No calling the Paw Patrol (those of you with young children will get that reference!). No, if Welsh tax revenues fall then government income falls too. Welcome to the real world Welsh Labour. Yes “The buck stops here”.

But there’s more. Welsh Labour now also have the power to vary the Welsh Rates of Income Tax, up or down by as much as they see fit. Ok, let’s take a quick straw poll.

How many of you think that Welsh income tax will go down if Labour win the next Assembly election?

How many of you think tax will stay the same?

Ok, how many of you think that Welsh taxes might go up?

You cynical lot! I think we have a clear winner. And I tell you now, it is not the hardworking Welsh taxpayer.

The fact is Labour have steadfastly refused to commit to not raising income tax after the 2021 Assembly election. In fact they’ve barely committed to not raising taxes before 2021.

The debate is already happening in the Welsh Labour Party – not about if taxes should go up – but when and by how much. We need to be part of this debate too.

Because the evidence from all around the world and our own past is that high tax economies are less resilient, less vibrant, discourage economic activity, drive entrepreneurs and job creators elsewhere and critically, they generate less revenue to spend on public services.

By contrast, a low tax economy could generate greater revenue to invest in public services and encourage investment and job creation.

But we want to go further. We want to cut other taxes too.

We would scrap Land Transaction Tax, Welsh Stamp Duty on homes purchased by first time buyers up to a value of a quarter of a million pounds.

Why? Because we believe in aspiration, we support the right of people to own their own homes. That’s why we have always stood by and continue to stand by our commitment to “the right to buy”.

Of course it’s not just people who pay too much tax, its small businesses too. Wales has the UK’s highest high street vacancy rate.

As in other parts of the UK there’s competition from online businesses and out of town shopping centres.

But business rate relief is far less generous in Wales compared to what’s on offer in other parts of the UK.

Excessively high business rates are putting many small high street shops at risk of closure despite small businesses being the backbone of our economy.

This commitment would effectively take all small businesses out of business rates altogether.

That’s how you secure real economic growth and empower people – not by hitting hardworking families with ever-growing tax bills.

So what does all this mean? Well it’s pretty simple really.

If you want Wales to take the path of a responsible and disciplined fiscal policy, then you have to vote Welsh Conservative at the next Assembly Election.

If you want Wales to take the path of low taxes, an enterprising economy and wealth generation then you have to vote Welsh Conservative at the next Assembly Election.

Conference, your country needs each and every one of you to do their duty like never before. Come on, let’s do this and let’s get Paul Davies elected as the next First Minister of Wales - because the buck stops here.