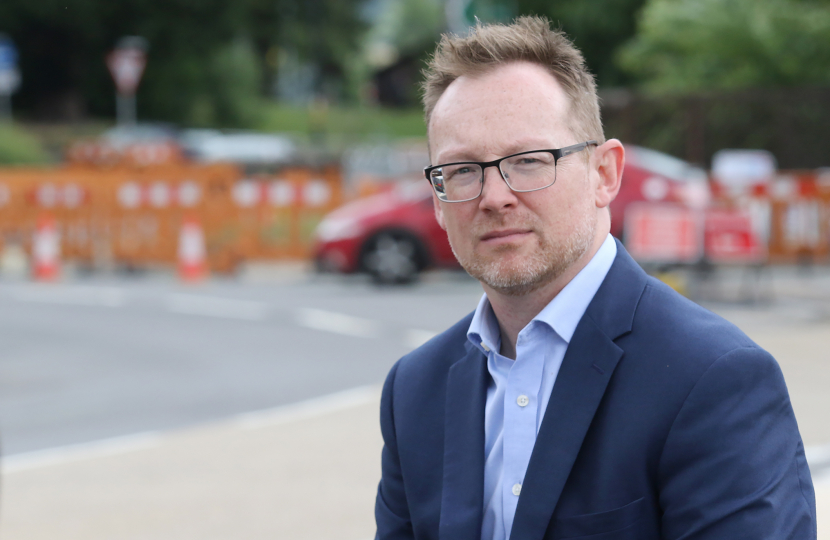 The number of people languishing in pain on an NHS waiting list in Wales has exploded by 100,000 people in just one year as the Labour Government’s failure to address the longest waits continues.

The figures come as Audit Wales warns it could take seven years to clear the NHS backlog in Wales and the British Medical Association say traditional winter pressures are now year-round, and that there is desperate need for a workforce strategy from the Labour Government.

“Time and time again we see these extraordinary waits in the Labour-run NHS but little strategy to tackle them – the statement on winter pressures from the Minister this week contained no plan – with two-year waits at over 60,000 compared to less than 3,000 in both England and Scotland.

“Not only that, but we can then look at England and see surgical hubs, a modernised and technologically efficient system, and a new plan to ensure people can see GPs within a fortnight, with poor performers named and shamed using league tables.

“Patients and NHS staff in Wales deserve a healthcare system at least as good as elsewhere in the UK but, instead, Labour insist on us putting up with what we’re given as they plunder public funds to stuff Cardiff Bay with 36 new politicians and impose the dreaded tourism tax on our nation.

“Labour need to get a grip on the NHS and stop breaking all the wrong records.”

Latest Welsh NHS data for July showed the highest ever number of patients waiting for treatment with 743,229 on patient pathways – up from 644,463 the same time in 2021 – leaving well over a fifth of the Welsh people on the waiting list.

The number of people waiting over two years is now 60,557 – up from 15,790 a year ago – while the number is fewer than 3,000 in both England and Scotland. There is six months left to go until the target of eliminating two-year waits is meant to be met.

Also, 1-in-4 Welsh patients wait over a year for treatment, but only 1-in-20 do so in England. Meanwhile, the median waiting time for that same month in Wales was 21.8 weeks compared to 13.3 in England.

Additional figures showed a third (33%) of patients had to wait over the four-hour target to be seen in A&E last month.

In England and Scotland, the equivalent figure were 29% and 31%, respectively. The Welsh target to get 95% admittances seen in four hours has never been met in its 13-year existence.

When it came to ambulance performance in August, only 50.7% of responses to immediately life-threatening calls arrived within eight minutes – the second worst rate on record. The target of 65% of red-calls reaching their patient within eight minutes has not been reached now for two years.

Staggeringly, 59% of amber call patients – which include strokes – took over an hour to reach, with only 23% arriving within 30 minutes.

The slowest ambulances were in Cwm Taf Morgannwg with only 55% arriving within the eight-minute target of a red-call. Only 38% came to the scene within an hour of an amber call in Dyfed’s Hywel Dda health board area.

Today, the UK Conservative Government has announced a its new plan for patients, so patients receive easier access to NHS services and social care this winter and next, prioritising the services that matter most to people – ambulances, backlogs, care and doctors and dentists – including improving access to GP practices so that all patients who need one can be seen by a GP within two weeks, and patients with the most urgent needs on the same day.