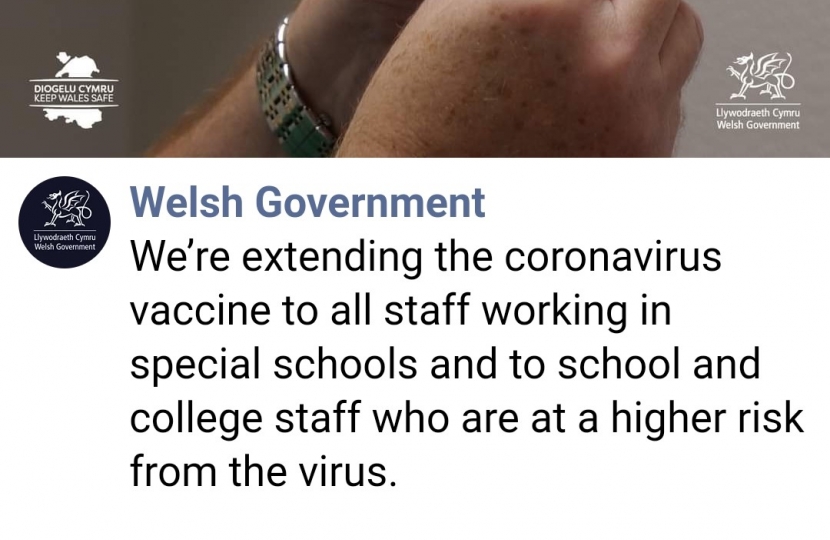 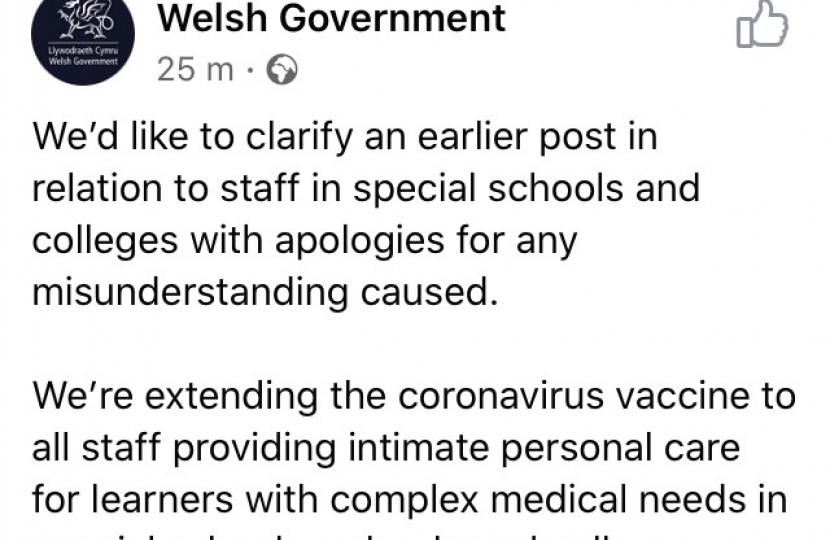 Suzy Davies MS – the Shadow Minister for Education – has said that a pair of social media messages from the Welsh Government account this evening (January 8) has sown confusion and snuffed out a glimmer of hope for school staff hoping that the Coronavirus vaccine will be rolled out to them.

“The relief that staff in special schools educating some of our most-vulnerable young people would have felt this evening has been cruelly snuffed out.

“First, we saw a social media post saying all staff in special schools would receive the vaccine.

“Then an hour or so later, we had another ‘clarifying’ the earlier one. Well, it did nothing of the sort and has only resulted in confusion for many, many people in Wales.

“Welsh Conservatives have consistently said that the Welsh Labour-led Government should not make policy announcements first to the media, and certainly not on social media on a Friday evening, but to the Members.

“We expect, and I’m sure that the staff of special schools, and the learners and their parents, to be given full clarification first thing tomorrow morning, and not via social media but in a way that allows proper scrutiny.”