'Let us remember them, and those lost, to show that they are not forgotten.' 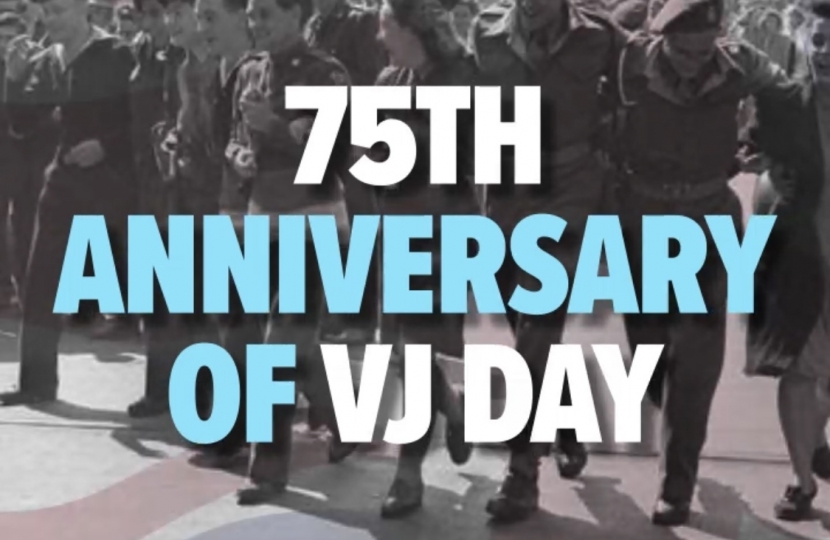 VJ Day 75: a message from Paul Davies, the Leader of the Welsh Conservatives in the Welsh Parliament

“It’s sometimes easy to fall into the trap of thinking that World War Two ended on May 8, 1945, but that date – which we commemorated in distinctly muted ways this year, the 75th anniversary – marks only Victory in Europe or VE Day.

“Victory in Japan Day, or VJ Day, is commemorated on August 15 and marks the end of the war in Asia – from India to the Pacific – which had raged on for another three hellish months, and brought an end to World War Two.

“From the fall of Singapore and the degradation experienced by Allied Forces, to the bridge on the River Kwai, and to the horrors of the Death Railway, and specifically the aptly-named Hellfire Pass in Thailand, these place names only hint at the suffering endured by prisoners of war and local nationals similarly forced to work.

“And yet, despite these dark chapters, the war in the east and specifically the Burma Campaign, became known as “The Forgotten War”.

“This was an injustice to the thousands of British, Commonwealth, and other Allied forces who took part, many of whom made the ultimate sacrifice.

“Cemeteries and memorials – tended with the usual care – by the Commonwealth War Graves Commission are an all-too common sight in these areas, bear testament to the dead of the Forgotten War, while men and women, military and civilian, who returned home were often left physically – and mentally – affected by the treatment they suffered.

“Sworn enemies – be they prisoner or guard, victor or vanquished – sometimes reached an understanding with each other; perhaps there is no better example than Eric Lomax, the “Railway Man” of his autobiography.

“In later years, Lomax met one of his torturers, Takeshi Nagase and not only forgave him, but also forged with him a friendship that lasted till Nagase’s death in 2011. This shows that after conflict, there is a time for reconciliation.

“There is also a time for remembrance.

“This VJ Day – the 75th anniversary – sees an ever-smaller number of surviving veterans of that bloody conflict, and so let us remember them, and those lost, to show that they are not forgotten.”