Janet Finch-Saunders MS: "The scene is set for a devolution revolution here in Wales, and for farmers to be central to that." 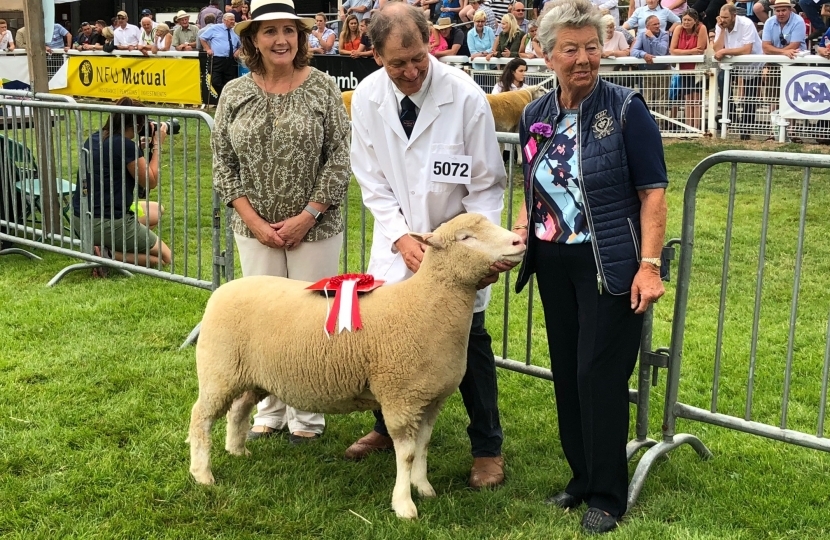 Janet Finch-Saunders MS, is the Member of the Welsh Parliament for Aberconwy and the Shadow Minister for Climate Change, Energy and Rural Affairs.

Normally, many of us would have just been to the pinnacle of annual agricultural events in Britain.

During recent years I have had the pleasure of attending the Royal Welsh Show, and even the privilege of presenting rosettes in the a Dorset class, but this year Covid-19 kept us all away from Llanelwedd in person. However, the Royal Welsh did not disappoint.

It succeeded to operate digitally and for four days offered seminars, live question and answer sessions, and once again played its vital role in helping to educate the public about farming, the environment, and Welsh produce.

I would like to thank all involved and NFU Cymru for undertaking a virtual meeting with me on the last day of the show.

Whilst I am less than a week into my new role as the Shadow Minister for Climate Change, Energy, and Rural Affairs, one of my goals is very clear: to use my position to champion farmers.

Having represented the rural constituency of Aberconwy in the Welsh Parliament since 2011, standing up for farmers is something I have long worked on: be that by championing Welsh produce, calling for the introduction of an agricultural volatility grant, or challenging delayed payments on a case by case basis.

The pandemic has gone to show the importance of upscaling this work.

Whilst some dairy farmers had to resort to pouring milk down the drain, we had many empty supermarket shelves – even in the dairy section!

Clearly there is a weakness in the food supply system, but Welsh farmers have not let us down.  On the contrary, they have played a vital role in keeping the nation fed during the pandemic with so many of our community turning to buy food from independent butchers and village shops.

We need to keep the buying local momentum going, and I am confident that we are well placed to do just that.

The Farmer Favourability Survey revealed that 75% of people voiced a positive view of UK farming, which is the highest figure since OnePoll started carrying out the annual survey in 2012.

The scene is set for a devolution revolution here in Wales, and for farmers to be central to that.

Food production is a public good, and goes hand in hand with protecting the environment and the rural communities which do so much for Welsh language and culture.

Excellent examples of the positive impact farming has includes the ambitious goal of reaching net zero greenhouse gas emissions across the whole of agriculture in Wales by 2040, and the finding that every pound invested in farm support delivers £7.40 back to the economy.

There is a need to work with the agricultural sector, and ensure that we have a Welsh Government which acts efficiently to respond to rural concerns and always has the aim of supporting farmers in mind.

Over the last two decades of Labour rule in Wales, many examples of farmers being failed have arisen. The Welsh Parliament election next May will provide an opportunity for a devolution revolution, and I am committed to ensuring that farmers and agriculture are central to that.