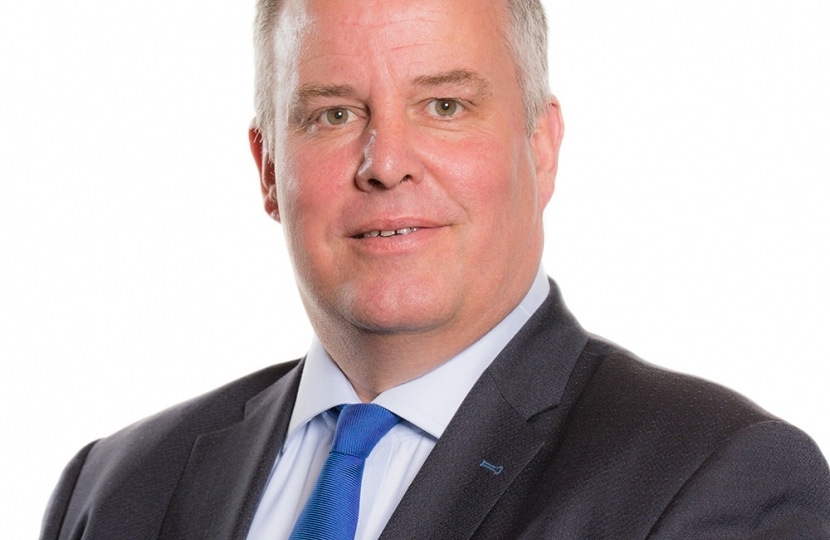 They say a week is a long time in politics, which makes twenty-two years feel like a lifetime.

It’s easy to forget - even for someone of my vintage - that when the first Welsh Assembly Elections were held back in 1999, Westlife were top of the charts; Scott Gibbs had not long broken English hearts at Wembley; and people were petrified that computer networks would face catastrophic breakdown later that year, once the clock struck midnight on January 1, 2000.

The architects of devolution pitched the Assembly as a ‘Brave New Era’ for Wales, but it’s fair to say that much like the dreaded ‘Millennium Bug’, what followed has fallen far short of expectations.

So, exactly what has 22 years of Labour rule delivered for Wales? That’s the question the people of Wales are entitled to ask themselves as they enter the polling station on May 6th.

The facts speak for themselves, and the ensuing years have witnessed a stark decline in our economy, infrastructure and public services.

In 1999, Welsh workers took home the same annual salaries as their Scottish cousins. Today, take-home pay for the average Welsh worker is a staggering £2,500 per year less.

A year later, in 2000, the Welsh Labour administration set itself a target of getting every part of the Welsh economy to at least 90% of the UK average.

Not only was this target never met, but the most recent figures show the Welsh economy now sits at just 72.8% of the UK average, down from 74.2%.

Over the past two decades, Wales’ infrastructure has also been left to crumble. Labour promised an M4 relief road, upgrades to the A55 and metro systems for North and South Wales, but these have failed to materialise.

They also promised to eradicate child poverty, but we now have the highest proportion of children – three-in-ten – living in poverty out of all the UK nations.

However hard the Labour Party might try to deflect the blame, this isn’t the pandemic’s fault, and devolution itself isn’t to blame either. This is a scandal of Labour’s making.

And sadly, it is hardworking Welsh families who’ve been left to pick up the bill. Labour’s unbroken 22-year stint in power has seen a staggering 188% increase in council tax bills, whilst local services have declined immeasurably.

A record 1-in-5 people are now on an NHS waiting list, experiencing unnecessary pain and anguish whilst they wait for routine surgery and cancer treatments.

While Welsh schools now sit at the bottom of the UK league tables, with ministers freely admitting to having “taken their eyes off the ball”.

Devolution, under Labour rule, has delivered a lost generation, and as we leave the pandemic, we have a golden opportunity to turn the page.

Wales can ill-afford to relive another difficult chapter of Labour, who’ve shown they are unable to deliver a better economy and stronger public services.

At the last election they promised to build an M4 relief road; a promise that quickly went down the pan. Wales stands at a crossroads, and May’s Senedd election is a real chance to secure the change our country needs.

The Welsh Conservatives have a plan which is focused on creating jobs by investing in the critical infrastructure and public services that underpin our economy and society: our transport system, schools, hospitals, and housing.

It starts with our national mission to rebuild the Welsh economy with the creation of 65,000 new, well-paid jobs.

Our collective success will depend on the hard work and endeavours of Welsh workers, businesses and entrepreneurs. It’s the role of the next government to support them.

In that spirit, we can also commit that when we deliver on this pledge by 2025, we will cut the basic rate of income tax so that hardworking Welsh families keep more of their own money.

And we will immediately assist with the cost of living by ensuring local councils are provided with the funds needed to freeze council tax bills, for at least the next two financial years.

Our plan will kickstart a Welsh economic recovery and help us to rebuild a stronger, greener, more equal future by delivering a much-needed and significant investment in our creaking infrastructure.

We have earmarked a £2 billion fund to help create modern infrastructure for Wales, including an M4 Relief Road, upgrades to the A55, A40 and the A470, and 20,000 green charging points as the transition takes place from diesel to green vehicles.

We will develop metro systems North and South, whilst ensuring Wales is Net Zero by 2050, with investment in clean energy solutions to reduce carbon emissions, with the aim of creating at least 15,000 new green jobs.

The choice on May 6th is clear. More of the same is unthinkable, with five more years of broken promises and Labour failure.

Or we can vote for change, and with it the hope of a more prosperous country with more jobs and opportunities for our children.

Andrew RT Davies MS, Welsh Conservative leader in the Senedd, has responded to the reshuffle of the Welsh Labour Government that has taken place this afternoon.

“As we move out of the pandemic, Wales faces huge challenges.