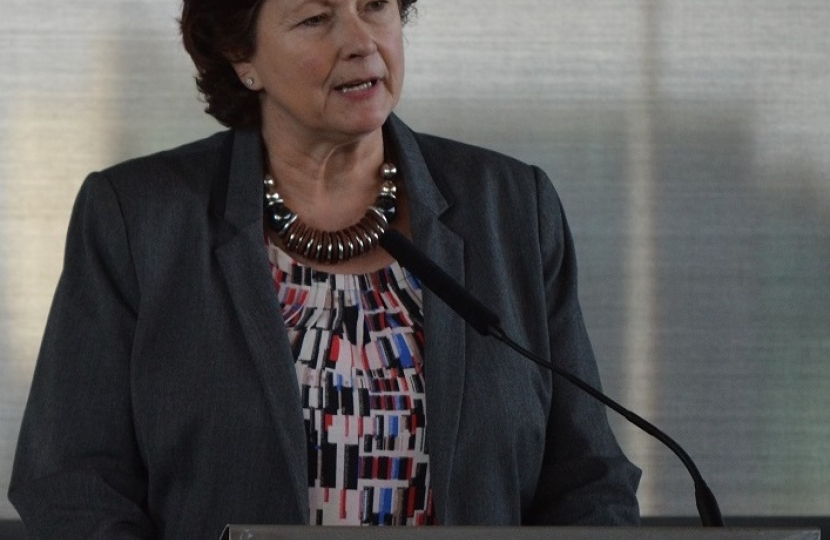 The past few months have been a testament to the sheer grit and tenacity of the people of Wales and in particular to the many who have been prepared to put themselves in harm's way for the greater good.

And I would like to send my heartfelt thanks to each and every one of them.

This is the first truly global pandemic for over a century since the Spanish Flu hit the world as the First World War was in its final year and although our globally connected world is very different the deep desire to be with family and friends, to operate a social network remains a deep driver.

The advent of technology has been a significant help but we are also a less constrained people, who are not used to such strict government restrictions on our liberties.

Tough decisions have been made but we must assess and learn from those decisions.  We must share best practice and conduct a full and honest analysis of where things went wrong, what was done well and how things may change the next time this happens.

This is why we must have a truly independent, judge-led inquiry.

Our legacy will be to put in place the protections for our children and our children’s children.

The first question that should be addressed by the inquiry is whether the lockdown was imposed at the right time. Whilst many of the decisions had to be dictated by the Westminster Government as our border is so porous and this virus swept through the United Kingdom.

However some decisions were within the Welsh Government's powers. The review should look into whether the Stereophonics concert at the Millennium Stadium should have gone ahead. This event brought tens of thousands of people into the city centre and into essentially what is an indoor stadium, exactly where the virus can be most easily transmitted.

Whilst the Wales v Scotland Six Nations game was postponed, it was only done so at the last minute, after many fans had travelled from other parts of Wales as well as from Scotland. Other games were cancelled earlier - what went wrong here?

But, more generally, what lessons can be learnt from lockdown? Should we look at different localised lockdowns? Is the two-metre social distancing rule the most appropriate? How have those that are shielding found the process? Did our food chain hold up, if not why not?

And how, oh how, did care homes get so overlooked in the rush to protect our NHS.

The inquiry should assess if the best use was made of the PPE and whether there was adequate training provided to both purchasing organisations and frontline staff.

The inquiry needs to review the definition of frontline staff, who can deny that pharmacies have been on the frontline yet their PPE provision was a mess, uncoordinated, poorly thought out, difficult to access.

As time progresses we appear to be in a better position on PPE, but there were clear deficiencies. From conversations with some local authorities I understand that they were down to their last 24 hours of supplies.

Many other organisations raised concerns over PPE; The Royal College of Nursing for one highlighted the anxiety their members had about the PPE provision. Many users felt they were not getting the equipment they need. That it wasn’t sufficient for the task being undertaken and concerns were raised about the use of PPE that is “out of date” and further concerns over quality control

We need to review stocks, manufacturing options and access to PPE. Do we have enough to support further peaks?

Minister the inquiry must address these issues as we rely on our frontline staff to have confidence in the kit they are using and its availability to enable them to undertake their roles without concern.

One of our major areas of concern has been the testing situation here in Wales and this is a key area the inquiry has to focus on. The World Health Organisation has said at the very outset of the COVID-19 pandemic that “our key message is: test, test, and test”. This is a message that I and my colleagues in the WELSH CONSERVATIVES have always supported. Testing is one of the most important elements in both stemming the spread of coronavirus and to help countries ease out of lockdown.

What is the virus, where is it? Where did it originate from? How did it leap boundaries? What effect is it having on different people? Does it mutate? What can kill it? What can protect us from it? Why Why Why. There are questions we have not yet thought to ask let alone answer.

A comprehensive testing regime would provide data to enable us to answer some of these questions.

But testing in Wales has been catastrophically bad. Targets were set, denied and dropped. The Minister and Public Health Wales had different ambitions and goals.

I have called from the outset of the crisis for the Welsh Government to have a dedicated and accountable Testing Team led by an individual with significant logistics experience.  The Inquiry needs to look at the scale of the challenges and capability of PHW to deliver.

The inquiry should look into what exactly happened with the missing 5,000 tests per day. Did Roche have an agreement with PHW or where they just at preliminary discussion stage?  We need clarity as to whether the Welsh Government did ever have a formal deal with this company and whether the claims of the First Minister were accurate.

The inquiry must focus on why the head of Public Health Wales before an Assembly Committee repeatedly denied knowledge of the 9000 test target, before writing to the committee to “clarify” her comments.

The inquiry should review why the 15 per day testing limit for local authorities  was imposed and lifted only after the Welsh Government’s Rapid Review on 18 April found it “may have depressed demand”.

Was this the right course of action and what was the thinking behind this limit?

Should routine testing have started before 18th march?

Were international factors a contributory factor as claimed by WG?

Were logistics experts from the military deployed early enough?

Should testing centres have been closed on bank holidays?

I welcome the WG U Turn on the 2nd May but too little too late, why were Care Homes ignored despite the warnings? Why staff and Residents were not routinely tested?

Did we have enough laboratory capacity? Why didn’t WG utilise available labs faster? Why did it take days for tests from West & North Wales to be processed?

How should the notification process be streamlined?

Minister, more than any other aspect of tackling this virus, the confusion and constant changing in direction around the testing process has not only been the most worrying, but also potentially the most damaging for Wales emerging from this pandemic.

The inquiry must focus on Data Collection. Under pressure the disjointed approach taken to data collection and analysis has caused harm. The Government has not been able to ensure that a uniform approach to data surrounding deaths in hospitals has been followed.

This led to a large number of deaths in BCUHB and HDUHB being added a long time after they occurred. I am concerned that neither Public Health Wales, nor the Health Boards are taking the issue of accurate data collection seriously enough.

Wales is small enough to be agile, it’s also small enough to have unified processes and the pandemic has highlighted the disparity of systems, the reluctance of Health boards to sign up to pan Wales’s programmes and the inability of PHW to manage the processes.

Finally, we must pay heed to the Royal College of Pathologists who state that the analysis of the COVIVD-19 outbreak has been severely lacking.  They say “Great reliance has been placed on the clinical cause of death. Many studies worldwide have shown that, when a post mortem examination is carried out, major discrepancies may be identified between the certified clinical cause of death and the cause of death determined at a post mortem examination. This leads to deaths being declared of Covid 19, when it may not have been the cause of death.”  Again here better data would be invaluable in gaining a better understanding of the disease and the Inquiry should look at how reliable the data surrounding the figures surrounding deaths are.

The final issue surrounding data which needs to be looked into is the errors made in the information surrounding those most vulnerable members of our society who have been told to shield. 13,000 letters went astray, people’s personally data ending up in the hands of strangers.

People incorrectly on the shielding list or not on it. Primary Care caught unawares of the system in place, information wasn’t being correctly shared with supermarkets to help gain access to limited numbers of home delivery slots and it goes on.

The inquiry must look into how this process could be improved and how the public can have more confidence in the system.

The Welsh Government has been given large amounts of extra financial resource from Westminster to tackle this outbreak and help to safeguard the nation against future waves of the disease.

We should not be in a position post this outbreak where money intended to address issues such as increase PPE provision, recruiting more frontline staff or improving testing has been squirreled away to be spent on Welsh Government pet projects when more politically advantageous.

Finally the inquiry should look at whether there are sufficient and robust plans in place post Covid-19.

The health costs of focussing only on Covid 19 meant that other diseases and illness are sidelined as are preventative measures. Therefore the full impact of Covid-19 on the nation’s health may not be full appreciated for a number of years.

The inquiry must look at what actions have been taken and are required to help address issues surrounding mental health, later diagnosis of cancer and other such diseases and how the backlog of patients waiting for treatment can be managed.

It is clear that the nation’s mental health, across all ages and sectors of our society will be impacted by this virus. There will need to be an increase in service provision for low level wellbeing issues to bring our Nation through this and to prevent long term or exacerbation of, mental health conditions.

Minister, drawing my remarks to a conclusion.

An inquiry into the handling of this outbreak is vital. It must be independently led and it must have a wide enough scope to look at all aspects of government action.

I don’t want it to deflect from the hard work that you are currently undertaking, but I do want your assurance and the assurance from you Government that you will give it your full cooperation. The people of Wales have to be reassured that their Government is not above criticism and can learn lessons from this tragic time in our nation’s history.