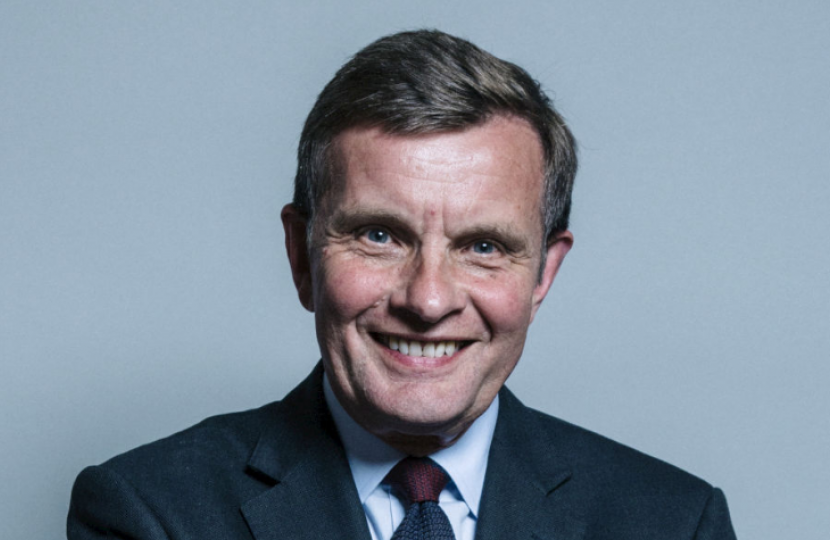 It’s a great privilege and pleasure to be here with you today.

My appearance at this forum is at the invitation of my good friend, your chairman, Askar Sheibani.

Askar and I have worked closely together over many years.

He is a great champion for business in North Wales and has a superb record as both an entrepreneur and an innovator.

I am very proud to know him.

I have to say that I approach today’s event with a degree of diffidence.

After all, I am not an expert in fibre connectivity.

But I am speaking to people who are.

Indeed, I’m not an expert on anything.

I am a politician.

However, I am also a politician who, I believe, does know his patch – in my case North Wales.

I have, after all, lived there all my life.

I am North Walian to the core.

North Wales is a part of the world that is frequently overlooked.

But it is also a place for which I am – like Askar- deeply ambitious.

Let me tell you a bit about North Wales.

For many of you metropolitan urbanites present here today, I’m sure that it may seem a very remote place – not to say the back of beyond.

However, North Wales is not so remote as you may think.

The point of entrance to the region, Chester, is precisely two hours travel time by train from London Euston.

Colwyn Bay, the principal town of my constituency, is only three hours and 40 minutes away.

It is a stunningly beautiful area, with a superb quality of life.

It is, in short, a good place to consider relocating or establishing a business.

And although the region is primarily rural, with livestock farming an important part of the local economy, parts of it are already home to some of the leading businesses in the UK.

The Wrexham and Deeside area is the base for companies such as Airbus, Toyota and JCB, as well as a number of other smaller enterprises, many of which are leaders in the field of advanced technology.

The region is the gateway to Ireland, at the Port of Holyhead.

And it is also the home of the Universities of Bangor and Wrexham Glyndŵr.

As you will be aware, there is a devolved system of government in Wales, now marking its twentieth  anniversary.

Economic development is now the responsibility of the Welsh Government in Cardiff.

Nevertheless, there is a real practical and political need for the Welsh Government to work closely with the United Kingdom Government in helping to ensure that North Wales continues to develop economically.

From a practical point of view, it necessary to understand that the dynamic industrial and commercial hub of Deeside – one of the most important in Europe - actually straddles the border between Wales and England.

Every day, thousands of workers commute from one side to the other, from their homes to their places of work.

And it’s important - whilst understanding the political reality of devolution, and of Governments of different political stripes wanting to do things differently – to remember that it is in the interests of all those daily commuters that nothing should be done on one side of the border that will impede economic growth on the other.

So while the announcement of the Northern Powerhouse initiative in 2014 was highly welcome, it did generate concern on the Welsh side of the border that North Wales might be disadvantaged.

Much to his credit, George Osborne as Chancellor relatively shortly afterwards addressed that concern by announcing the Government’s intention to establish a North Wales Growth Deal.

And in the last Budget, Philip Hammond confirmed Treasury funding of £120 million, to be equally matched by the Welsh Government.

Now, all this is tremendously encouraging.

£240 million has the potential to deliver significant, lasting economic change in North Wales.

But only if it is applied wisely.

And that, I believe, means fibre.

For many years, Wales has lagged behind the more populous parts of the UK in terms of the provision of fast, reliable and affordable communications technology.

Ofcom’s Connected Nations 2018 Wales report shows that there has been some progress:

However, despite this progress, there is much still to do:

Matters should improve with the introduction of the broadband Universal Service Obligation in 2020; but the fact remains that the level of service promised under the obligation is one that many parts of the country enjoyed a decade ago.

It is not a level of service that we should be settling for at the beginning of the third decade of the twenty-first century.

The fact is that we need to be much more ambitious; we need to see a step change in the standard of communications technology provision in North Wales.

And the North Wales Growth Deal provides a once-in-a-generation opportunity to achieve that.

The 2018 Budget confirmed funding for the Deal – a total of £240 million form the Treasury and the Welsh Government.

The North Wales Economic Ambition Board, which is coordinating the bid, has allocated £34 million for digital connectivity.

I have to question whether – even taking account of hoped-for private sector leverage - this is sufficient to see North Wales become a leader in the field, as opposed to simply playing catch-up.

Northern Ireland, with a population around only twice that of North Wales, is applying around £150 million, plus many millions more from city deals.

The North Wales Growth Deal bid document (submitted in February 2018) says that the Deal is based around three principles:

• Connected North Wales: improving transport and digital infrastructure to develop connectivity to and within the region;

A draft implementation plan for the Deal was published in March this year.

The plan provies that the Connected North Wales Programme:

“…will focus on improving the digital infrastructure and innovation in the region. It will deliver quality access to effective and affordable digital connectivity for businesses and households, and will boost innovation in digital signalling. This will be achieved primarily through the delivery of a new full fibre broadband infrastructure across the region to support and enable businesses to innovate and grow.’

The plan goes on to list two specific projects that will form the basis of this strand of the Deal:

• The creation of a Digital Signalling Processing Centre

• The North Wales Digital Connectivity Project, which aims to make superfast broadband available to 99% of premises by 2021

The Digital Signal Processing Centre Project, we are told, will work to transform market-driven research and development into commercial products, processes and services for digital communication, and will help to ensure that the region is at the forefront of the new digital economy.

It will be based at Bangor University, which has a reputation for working with the telecoms sector in applying developments in digital signal processing technology to new products, process and services for digital communication.

The total cost of the Project is estimated at £7.5 million and will closely align with the Digital Connectivity Project.

2.  North Wales Digital Connectivity Project is the principal part of the Growth Deal focused on developing fibre connections throughout the region.

This Project will develop the improvements in fixed broadband and mobile infrastructure necessary to support new and existing competitive business activity in North Wales.

It will, therefore, focus on:

The private sector throughout the region has been involved in its design and development.

It is proposed that the Project will leverage private sector funding, particularly from network operators, to help with the development of the region’s fibre connectivity.

Now all this, of course, is to be welcomed.

However, it has to be questioned whether, ambitious as is, it could not be even more ambitious.

When contrasted with what is happening in Northern Ireland, it does look as though the jam is being spread rather thin.

I believe that the Growth Deal should be aggressively focused on providing North Wales with the highest penetration possible of Fibre to the Premises, seeking to place the region at the forefront of fibre provision anywhere in the UK.

5G, in particular, can be a game-changer for a primarily rural region.

But 5G needs swift full-fibre roll-out to the hundreds of base stations that will be required across North Wales.

So the Growth Deal should be focused on delivering that.

Full fibre penetration across Wales is currently low, with only 7 percent of premises benefitting from it, according to Ofcom.

If we can achieve a radical increase, the benefits are clear:

This is to say nothing of the huge social benefits from, for example, reductions in energy use and fuel costs, improved access to healthcare and environmental improvements through carbon reduction.

All this is attainable in the immediate future, provided the provision of full fibre becomes the predominant objective of the Growth Deal.

Already, entrepreneurs in North Wales are pursuing the opportunities presented by the technology.

For example, Colwyn Bay, the principal town of my constituency, is set to host the first end-to-end pure fibre network in Wales, by installing a pure fibre zone throughout the town.

A company felicitously called Pure Fibre Zone, which is a part of the British Fibre Networks Group, has plans to build a fibre network to provide high-speed broadband access to residents and businesses.

Wi-Fi zones will also be installed across the town, which will be “daisy-chained” to other centres across Wales and the UK.

This is but one proposal; I have no doubt that once the infrastructure is provided, many more will follow, delivering positive, transformational change to North Wales.

So my message to the North Wales Economic Ambition Board is this: huge credit to you for your ambition; but be even more ambitious.

Recognise that a world-class fibre infrastructure is key to the development of our region.

Make it your topmost, overriding priority.

Give businesses the best possible environment in which to establish themselves.

This is a once in a lifetime opportunity to transform our region.

Seize it now, with both hands.