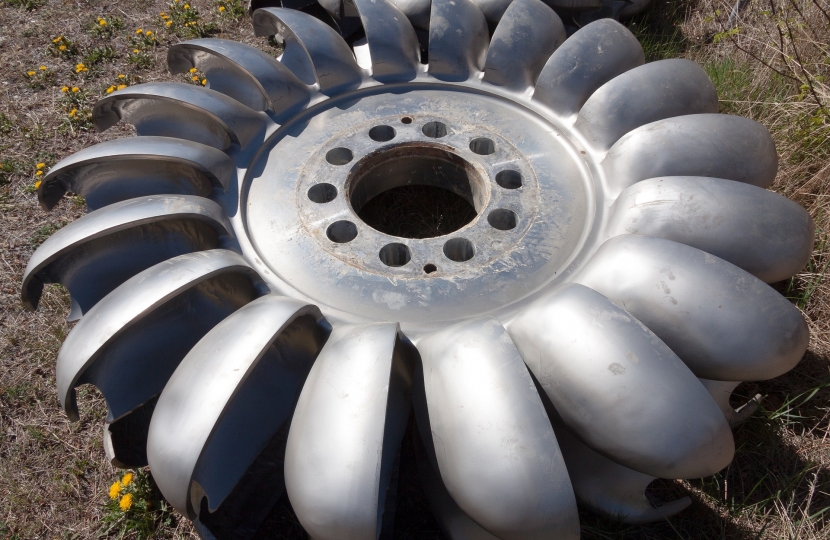 The Shadow Minister for Climate Change, Energy and Rural Affairs – Janet Finch-Saunders MS – has said she hopes that the Covid pandemic will not be used as a catch-all excuse for projects abandoned by the Welsh Labour-led Government.

Mrs Finch-Saunders was speaking today (November 17) after it was revealed that Labour had withdrawn  rates support for small-scale hydroelectric projects, citing Covid as the reason.

There are around 120 small-scale hydro plants in Wales paying business rates, with half benefiting from the grant scheme. However, the Labour administration here has informed the British Hydropower Association it would not renew this from April 1 next year.

Mrs Finch-Saunders – who has previously led a short debate on the topic – said:

“This is disappointing on a number of fronts, and Welsh Conservatives condemn this shameful announcement from the Labour administration, which has thrown  has thrown an unnecessary spanner into the works, stalling our nation’s efforts to confront global climate change and inevitably leading to hardship for some private operators.

“I have consistently asked the Welsh Government to look at introducing a hydropower development programme which helps landowners to invest in such projects. With over 600 watercourses guiding water across Wales, much progress can be achieved through encouraging investment in micro, pico, and small-scale hydro schemes.

“However, instead of doubling down on their support for this mature and proven technology, the Welsh Government have abandoned private hydro operators in Wales, who not only contribute to the production of much needed renewable energy but also inject vital rural investment where it is needed most.

“The Minister for Environment must urgently come before the Welsh Parliament to explain why her department has dismissed the short-term funding offer from British Hydropower Association and to outline what impact assessments have been carried out to evaluate the ramifications of such a decision.

“Worrying, too, is Labour citing the reason as the pandemic. I hope this does not set a precedent and provide an excuse each time it decides to cancel or substantially alter a scheme in progress.”