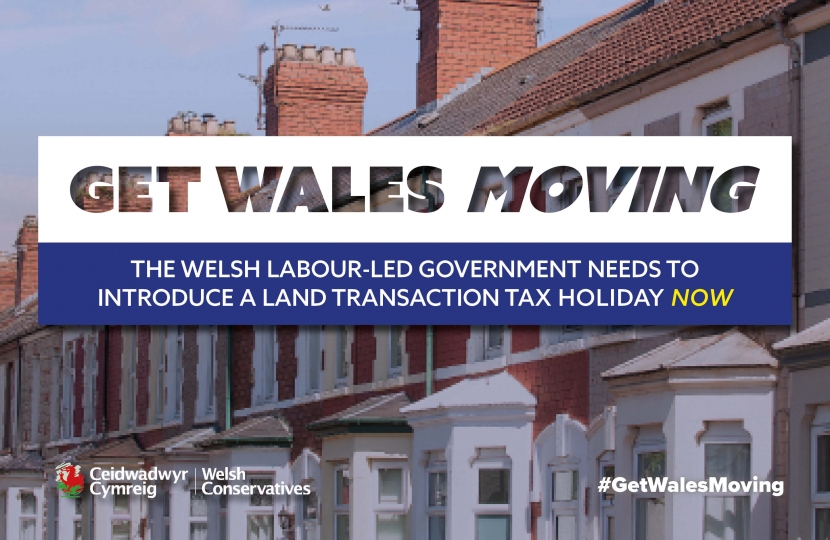 Call to kickstart the housing market and get Wales moving

The Welsh Conservatives are calling on the Welsh Labour-led Government to take immediate action to kickstart the housing market in Wales.

Shadow Minister for Finance, Nick Ramsay MS, has called for the Welsh Government to follow the lead of the UK Government and announce a Land Transaction Tax holiday to at least match the Stamp Duty holiday announced for property purchases in England and Northern Ireland yesterday.

“It’s time to get Wales moving again. The support from the UK Government yesterday provides the help we need to do just that.

“I urge the Welsh Labour-led Government to act swiftly to introduce an immediate Land Transaction Tax holiday which is at least as long and generous as that now available to home buyers in England and Northern Ireland.

“I urge people across the country to sign our petition to #GetWalesMoving today.”